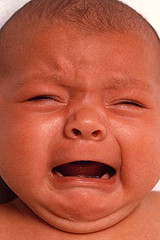 Apparently names like Katniss and Gatsby are suddenly popular. While I wouldn’t name my kids with these particular names, I’m actually okay with others doing this…mostly. I’m not too fond of Atticus or Rhett, but then again I’m extremely picky with boys’ names. There’s seriously not very many names that won’t turn boys into a bully target or make him sound like a pedo when he’s all grown. (Feel free to prove me wrong!)

I especially dislike that people were naming their kids after Twilight characters. Seriously, you want to name your kid Edward after a pedo vampire who looks 80 years younger than he really is?  It’s better to name your son Pippin, after the Tolkein character. Heck, Tolkein would be an interesting first name that connotes adventure and bravery, and the triumph of good over evil.

Or he’ll be known for playing D&D in his mother’s basement until he’s 30, when she finally kicks him out.

If you have a favorite character name (whether or not your partner would actually let you use the name on a kid), please give a shout out in the comments! I’ll compile a post of the names later on.

This entry was posted in Books and tagged babies, baby names, books. Bookmark the permalink.